skip to main | skip to sidebar

Why I Stopped Trying to be a Real Man - John Stoltenberg

All my life I felt different from other guys. There always were guys who had more manhood than me. Then I read a feminist book that changed my life. It said, basically, "There's no such thing as 'real men' and 'real women.' Gender is a social fiction." Th at's when I stopped feeling so anxious about whether I measured up against the manhood standard. And that's when I discovered a new kind of personal strength.

Over many years that strength grew as I talked to many guys who had also been raised to believe in manhood and so they were trying with all their might to be a "real man." Everyone I talked to thought there were other men who had more manhood, more than they could ever hope to have.

So I got to thinking: If everyone trying to be a "real man" thinks there's someone else out there who has more manhood, then either some guy has more manhood than anybody--and he's got so much manhood he never has to prove it and it's never ever in doubt--or else manhood doesn't exist. It's just a sham and a delusion.

As I watched guys trying to prove their fantasy of manhood--by doing dirt to women, making fun of queers, putting down people of other religions and races--I realized they were doing something really negative to me too, because their fear and hatre d of everything "nonmanly" was killing off something in me that I valued.

That's why I feel a connection to feminism. I want a humanity that is not measured against the cult of masculinity. I want a selfhood that does not reject fine parts of myself just because they are not "manly." I want courage to confront the things men ha ve done in the world that are damaging to women and that are also leaving no safe space for the self I hope to be.
The kind of sexual connection that I always wanted with someone was about fairness and justice. I always thought that was the sexiest part of sex--the deepest possible feeling between two people. I thought sex and fairness should intrinsically be united, even before I knew the word "feminism."

When I began to see how pornography makes dominance and subordination feel "sexy"--the very opposite of fairness--that affected me in a very personal way too. I had always been taught that dominance was the way "real men" were supposed to have sex; domina nce was what I was supposed to be able to do in sex. Men had to be the conqueror, the powerful fucker. Well, I never got very good at that, and I always felt sort of a failure.

When I started hearing from women friends who had been battered, from women who had been raped, it was very upsetting--and it still is. I understand from the inside some of what men do to women--and some of it is not part of me at all. But just because se xualized hatred is not a big part of me doesn't mean it's not real in the world. A lot of men's sexuality gets twisted into a very hostile shape; animosity is like a precondition for sexual feelings, and violence is like foreplay. That's totally alien to me--not what I could imagine doing at all--but I know I have to take seriously that it happens, and that many men do it because it makes them feel like a "real man."
When I am feeling really centered, it's as if my selfhood doesn't have a gender. In the world I'm perceived as a man, of course; I live with the benefits and privileges of the social meaning of my anatomy. But my life path is really about refusing to be a man. I don't believe that manhood even exists. The only way to prove one's manhood is to win a fight or put someone down--which is just too dumb for words. And anyone who tries to get in touch with "deep masculinity" through myth is bound t o be disappointed--because manhood is the biggest myth of all.

My life today is about trying to choose to do the right thing, the best I can. I might fuck up--but I must always stay connected to the consequences of my choice, always know as much as possible about who will be affected by my choice, and stay attentive to that. I experience my authentic selfhood only in the history of my choice making, in action, in how I actually do things, and in the responsibility I take for having acted or for not having acted. I discovered that the key is not to make choices accord ing to "Will this make me more of a man?" Instead I make my choices because they seem like the fairest thing to do--the most caring of everyone's selfhood (including my own).

John originally wrote this at the invitation of Consolidated for the fanzine that came out in connection with their album Business of Punishment.
Posted by Zoe at 07:56 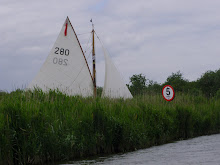